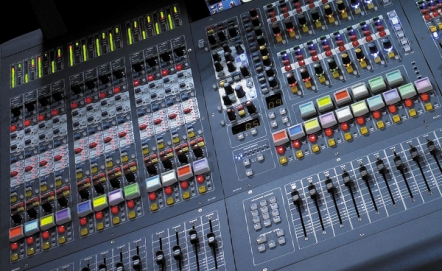 Digital mixing desks – Analogue, what is that?

If you follow the music industry, but in particular the sound engineering side of things, then you may know that digital mixing desks have been the weapon of choice for many years. From being deemed unstable when they were first introduced many, many, years ago, to the becoming the preferred mixing console (or “board” as our American chums call them), they have always offered a massive set of features to the user. However, many of the more traditionalist engineers out there would argue about the sound quality and reliability too.

Well, recently this avid user of analogue gear has come round to the idea that digital consoles might actually be a good thing. Here at Pro Audio Services we recently purchased a shiny new digital mixing console. The reasons were very clear:

Size – compared to equally specified analogue desks, this machine is a breeze to move around. Even it the flight case it is much less of a pain to lift into the van and up stairs.

Features – given that it is digital it means we have been able to leave our trusted mix rack, with all of our outboard processors and effects, back at the workshop. The built in effects and mix bus architecture means that we can do things in a matter of moments, which it would have taken 20 mins to patch, repatch and mess around with cables. This alone means that we have less to carry, as well less time to set up mixes!

Tried & tested – the platform has been used for several years by many seasoned users and very have reported any problems. Reliability is high and people are very happy with the sound quality and performance of the console, even under the toughest of situations.
The feature set of the console is massive, but the one we’re loving the most is the fact that, thanks to the connected Wi-Fi router in our flightcase, we can now connect and control the mixing desk with iPhones, iPads and laptops. When it comes to mixing monitors, one of our engineers can now be with the artist at the monitor position and control exactly what they want in their mix, without needing to be near the mixing desk. Meaning they can also ring out the monitors at the same time! It also allows our FOH engineers to get down and dirty with the listeners in the sweet spot, even if the mixing desk is nowhere near it!

I know there are lots of people who have been banging on about this technology for a while, but now we’re using it too, it suddenly becomes much cooler. 🙂